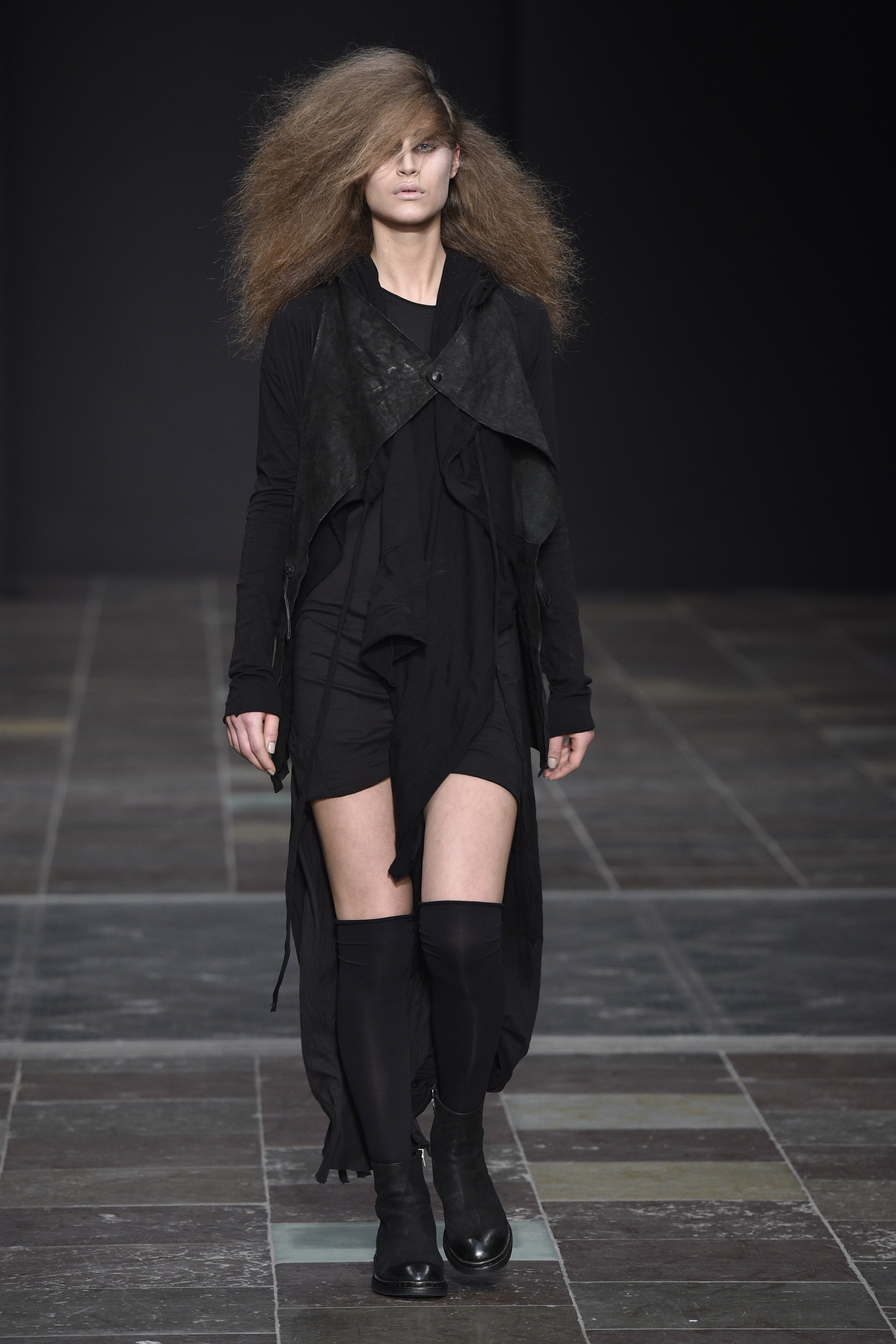 With a feeling of being enthralled from first sight and then captured in an atmosphere of dark seduction. The Denmark-based designer with roots from the far north located Faroe Islands and a well-documented fondness for dominating shades of black and the avant-garde scene in her collections, BARBARA I GONGINI, played the part of the seductive main character, when she showed her AW15 collection, during this fashion week.

A collection that, reflected BARBARA I GONGINI’s signature of black shades, oversized and avant-garde silhouettes with asymmetric lines – often allied with the collection’s recurring layer upon layer effect, as the eternal dominating part, to perfection.

The silhouette was more or less oversized on the outside and more bare, body-conscious and sensual on the inside and at times at erasing the border to the avant-garde scene – throughout the entire collection.

And the border to the avant-garde scene, was not the only one that was indistinct or even erased for a while.

Some of the thoughts behind BARBARA I GONGINI’s AW15 show and collection was about connecting the masculine and feminine sides and moving the feminine over to the masculine and vice versa. And thereby the border between the sexes are once again erased and we are talking about an androgynous atmosphere, where feminine lines or pieces are playing a part in mens wear and conversely.

An atmosphere that was also present in BARBARA I GONGINI’s AW15 collection, where the Men’s wear often was graced by fur and other feminine materials or reflected a silhouette where you could sense a few feminine lines. And the woman’s wear often included male-inspirered pieces, such as the classics white shirt or in general masculine features.

Using every kind of material, from linen to fur and leather, the collection spend an equally amount of time on the masculin and feminin side.

However at one and the same time the collection also featured more classic and simple creations, as well as pieces with notes of Haute Couture, than usual. Appearing in a classic suit, a sensual gentleman look – with a male’s white shirt as the dress and at the end of the show, combining most Haute Couture notes in a dress, with equal parts of BARBARA I GONGINI’s signature elements and the feeling of Haute Couture!

The designer BARBARA I GONINI is already known for her true abilities in seduction and this time is  no exception!

Allied with dominant notes of something so sexy and feminine, you wish to be seduced and have no regrets about running into sin.