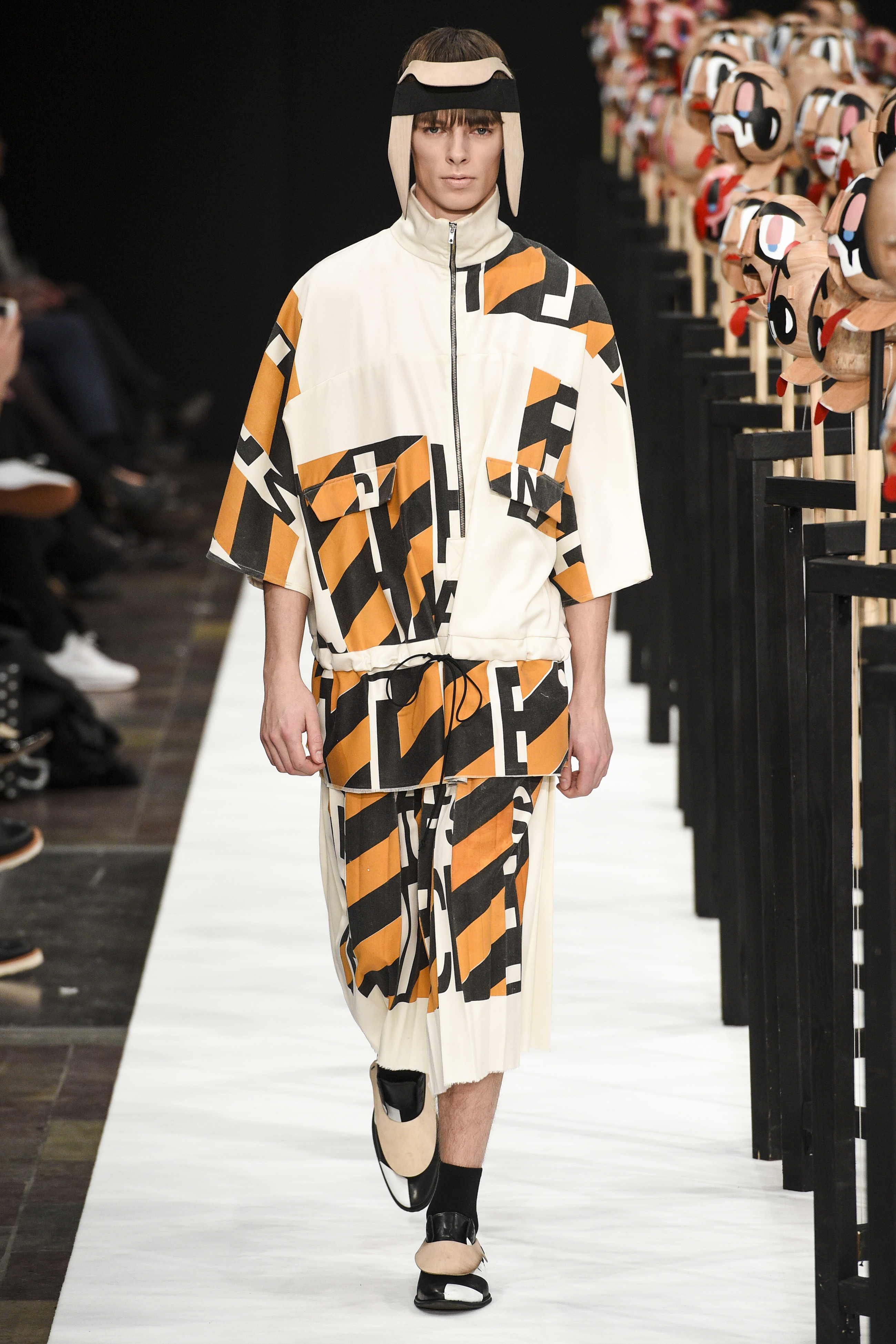 By uncovering of a 22 meter long scissor structure, with 200 blabbering wooden heads, the Danish multi-artist and fashion designer Henrik Vibskov set a spectacular and avantgarde scene, with his presentation of his AW16 collection, The Jaw Nuts Piece, during this Copenhagen Fashion Week.

With wooden heads presenting a postmodern and Asian inspired take on the traditional nutcracker and a broken language, where an information or misinformation was said to drive human to the border of sanity, the models walked beside these painted and loud heads.

Showing the The Jaw Nuts Piece collection, where the silhouette, the prints, the army and the tailoring, where all true to Vibskov signatures.

With a silhouette, playing mostly in the oversized arena and the layer upon layer effect. And the Print art, were beyond all expectations, connected to the hole art- installation and representing serveral continuing patterns throughout the collection.

The signature of Henrik Vibskov, was there from once upon a time, to the end.

With a beginning of a dominating black look, the Vibskov army entered, the scene. With white horizontal stripes, turning over to white dots on black fabric and Vibskov’s spectacular prints, where the patterns takes more than one direction and colour. With the signature gentleman shoes, that this time were black and graced with a grapic design in white and nude.

All representing one colourful universe of their own and still they can meet at one and the same.

The army of Henrik Vibskov was there, from the beginning to the end. From the signature silhouette, representing the almost tight one, to the oversized and layer upon layer.

But this time, the army took a military turn, making the ending stand up straight and saluting the officer. With a conducted military-uniform inspired part. Beginning with small inspired army-pieces and ended in a full armyuniform, besides the shoes, which remained more gentleman than military-man.

As the military-man made his appearance, the stressful and alarming soundscape was about to end. Then the military-tones went into a complete Vibskov signature look. With the three final looks in an opulent oversized silhouette, the layer upon layer effect and a colourful design.

Right before the 200 blabbering wooden heads became silent and the General walked the runway himself, for the big final salut.