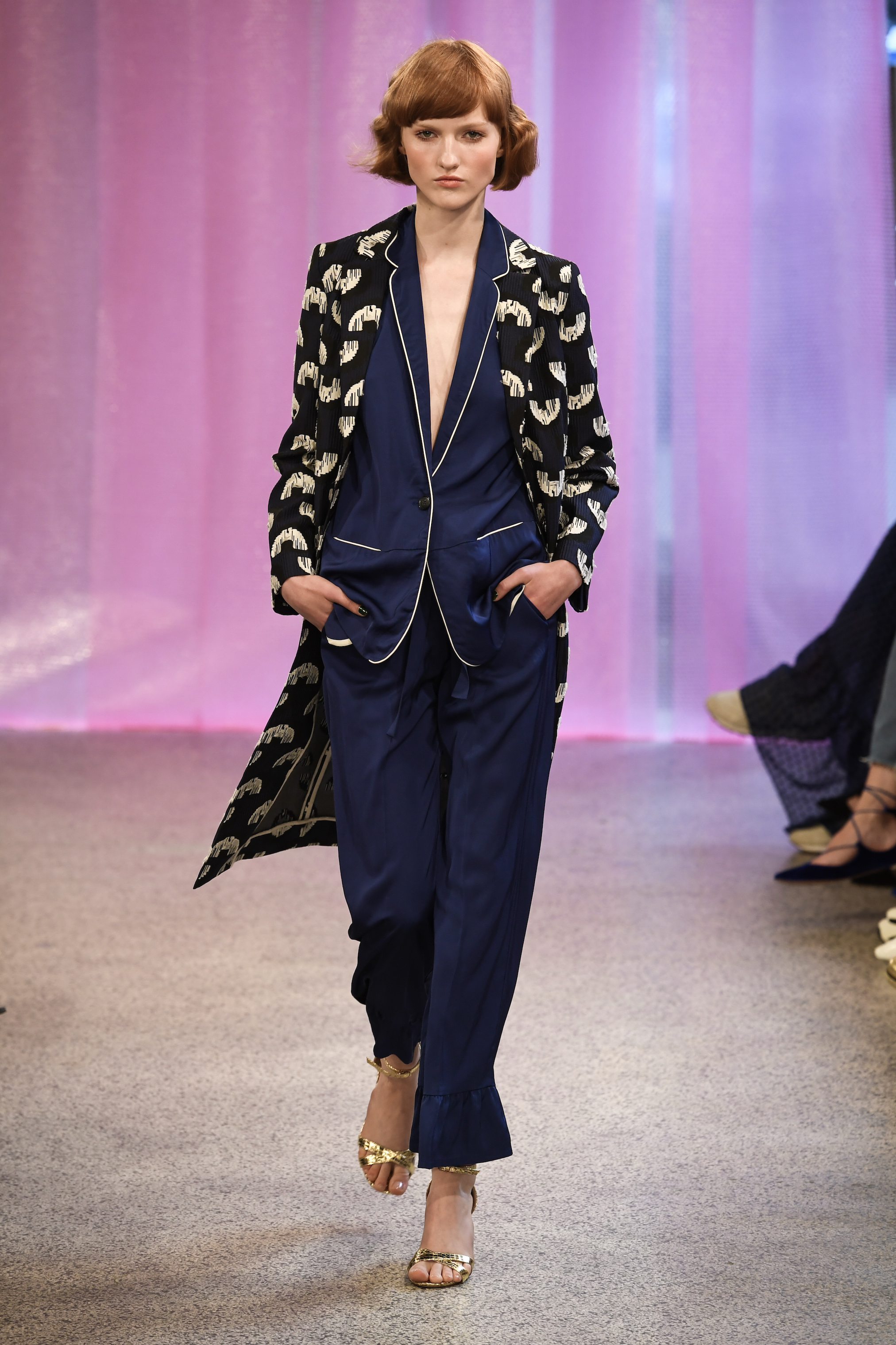 With relations to casual evening wear, sweet dreams and bedtime storries, the pyjamas, which used to belong to the private and intime part of life, often held inside the walls of the bedroom and the secret and most intimate part of every woman’s wardrobe, for centuries, appeared on the fashion scene and then on the streets.

Appearing somewhere along side or close to Celine’s 2012 resort collection, the traditional striped pyjamas, that we used to relate to mens pyjamas for, more or less, centuries, became a part of women’s wardrobe outside the bedroom walls.

Conquering it’s former glory and taking us back to where it all began.

To a time where the pyjamas was ones a traditional garment in silk or fine cotton connected to casual wear, worn by both women and men.

With roots from India and the southeast of Asia, the pyjamas, traveled across continents and was introduced in Europe by the 1600’s century, as the casual wear, it was from the very beginning.

And about 200 years later, the pyjamas or PJ broke through in Europe, replacing nightshirt for men in the 1890’s and after growing in popularity within both genders, between the world war years, the silk pyjamas became a part of women’s fashion.

Entering the beachwear line of women’s wardrobe during the 1920’s, where it is said to be true, that the female pioner of fashion, Coco Chanel was seen in this nonchalant, male-inspired création, walking the beach of Deauville, often next to the artist Salvador Dali, who is said to have worn it to.

And by the 1930´s, Coco Chanel had not only borrow from mens wardrobe and worn it on the beach, now she toke the inspiration into her collections and wore it on the street, next to the generation of men, that let the silky garment become an integrated piece of their wardrobe, and wore it as elegant evening wear or casual wear doing the day.

After the second world war, the pyjamas was fading on the beachside, due to the launching of the new beachwear, the bikini. A two pieced swimsuit, designed by the french engineer Louis Réard, after the nuclear testing at the Bikini islands in 1946 and hereby the name.

But by the 1960’s, after a one and a half decade, the pyjamas raised, to conquer the world ones again, when the Russian-Georgian born fashion designer, Princess Irene Galitzine launched her “Palazzo Pyjamas”. A creation that represented a sophisticated and nonchalant elegance, that still remains in the pyjamas look to this day!

Today, the pyjamas or PJ still represents it’s roots from the far east, where it was born as casual wear and worn by both men and woman.

It is still as elegant and nonchalant as it was, when Coco Chanel and Salvador Dali wore it on the beachside of Deauville during the 1920’s, and Princess Irene Galitzine brought it back to life and into the fashion scene in the 1960’s.

The pyjamas has traveled across continents and trough centuries, with it’s birth-mark intact. Born as an traditionel garment, worn by both men and woman.

And somehow over a few centuries the pyjamas entered the scene of fashion in Europe and once again, it did in our time. But this time, it became a uniform related to casual evening wear made in silk, bedtime stories and sweet dreams. And it was worn by both men and woman, as it was once before and in the beginning.

Conquering it’s former glory and honor, as it should.

In our time, the lines between gender has been erased and the conquering is already done.