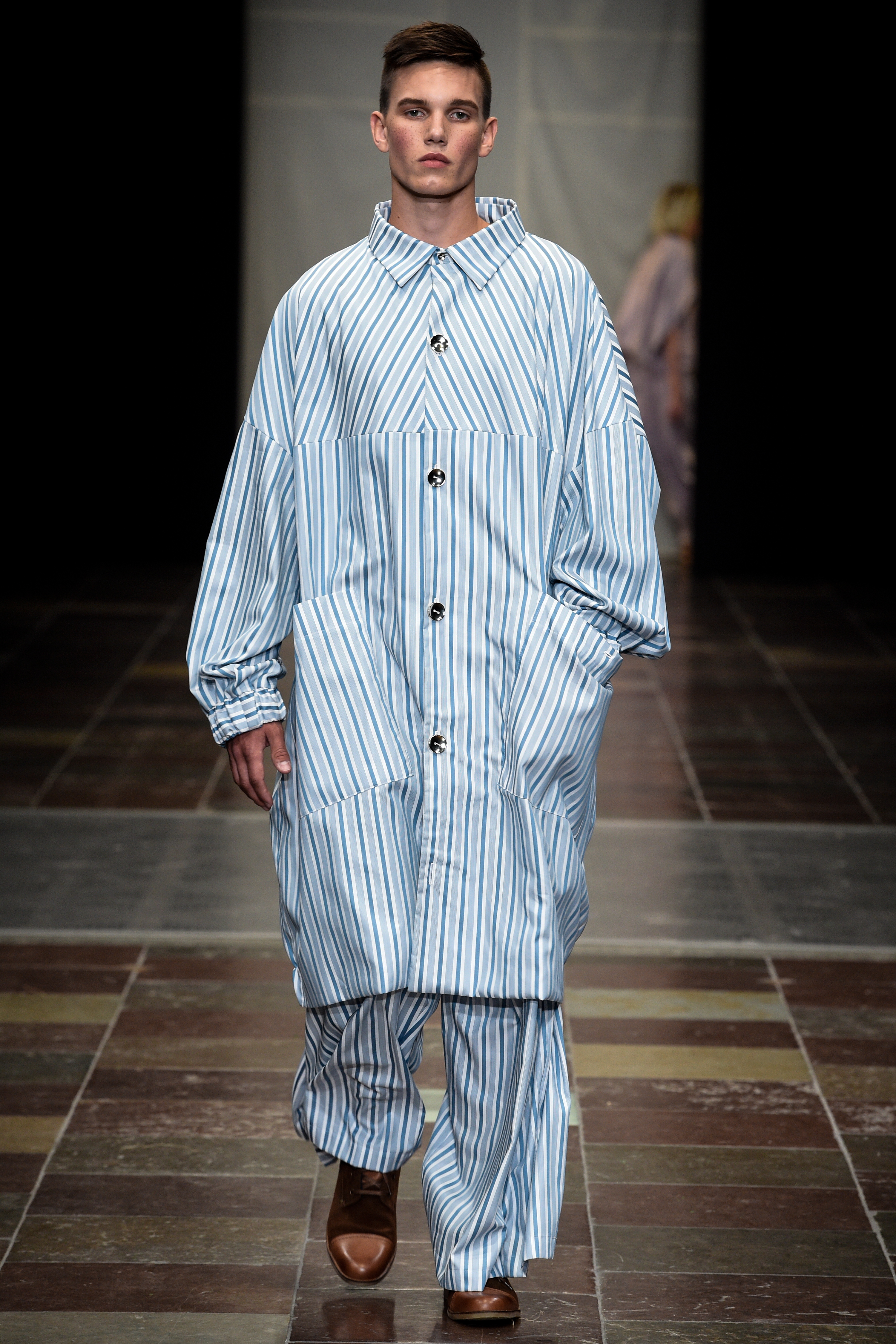 Once upon a time a fairytale, told to every child in in every kingdom among the world became a part of a fashion.

Somewhere after the fairytale of The Swineherd and The Princess and The Pea, and before The Snow Queen, the danish designer Nicholas Nybro, launched his Copenhagen based brand, in one and the same name (Nicholas Nybro red.) in 2011.

Known for his fondness to old danish fairytales and movies, as well as his specializing in conceptual clothing, art direction, costumes and theatrical inspiration. And after several collections and an employment with the avant-garde, colorful and spectacular universe of the fashion label Moonspoon Saloon, Nicholas Nybro showed his first collection SS14, during Copenhagen Fashion Week at the summer a year before.

A collection based on his own fairytale, that began with a 6 meter long roll of printed fabric. Cut into more or less incidental parts, where each an every part created their own chapter, which eventually became one chapter after another and ended up as a small fairytale.

A background that often appears in his collections, just as most as the fairytale and old danish movie inspiration are seen.

And the show during this Copenhagen Fashion Week, was no exception – Reflecting both the fairytale, the old movie and theatrical inspiration in his SS16 collection, called SQ1.

Defining the first part of two collections, that both takes inspiration from one and the same fairytale, the renowned “The Snow Queen” by H. C. Andersen, which is the designers favorite. With the first lines of The Snow Queen fairytale read aloud to us, the fairytale-inspired scene was set, mesmerizing the audience into Nicholas Nybro’s universe.

Part 1, The SQ1 Collection, had the beginning of The Snow Queen, combined with a setting of childhood and summer, thoughts of bess, harvest time and an old and a bit odd, yet romantic view of danish farming idyll, as we have seen in old danish Morten Korch movies. A collection, that represented a lot of classic stripes, which could create illusions of sweet dreams and the seasonal pajama look. Along with a lot of casual yet colorful everyday wear, including a pair of somehow sparkling metallic shorts, some SQ1 print, and a lot of hay.