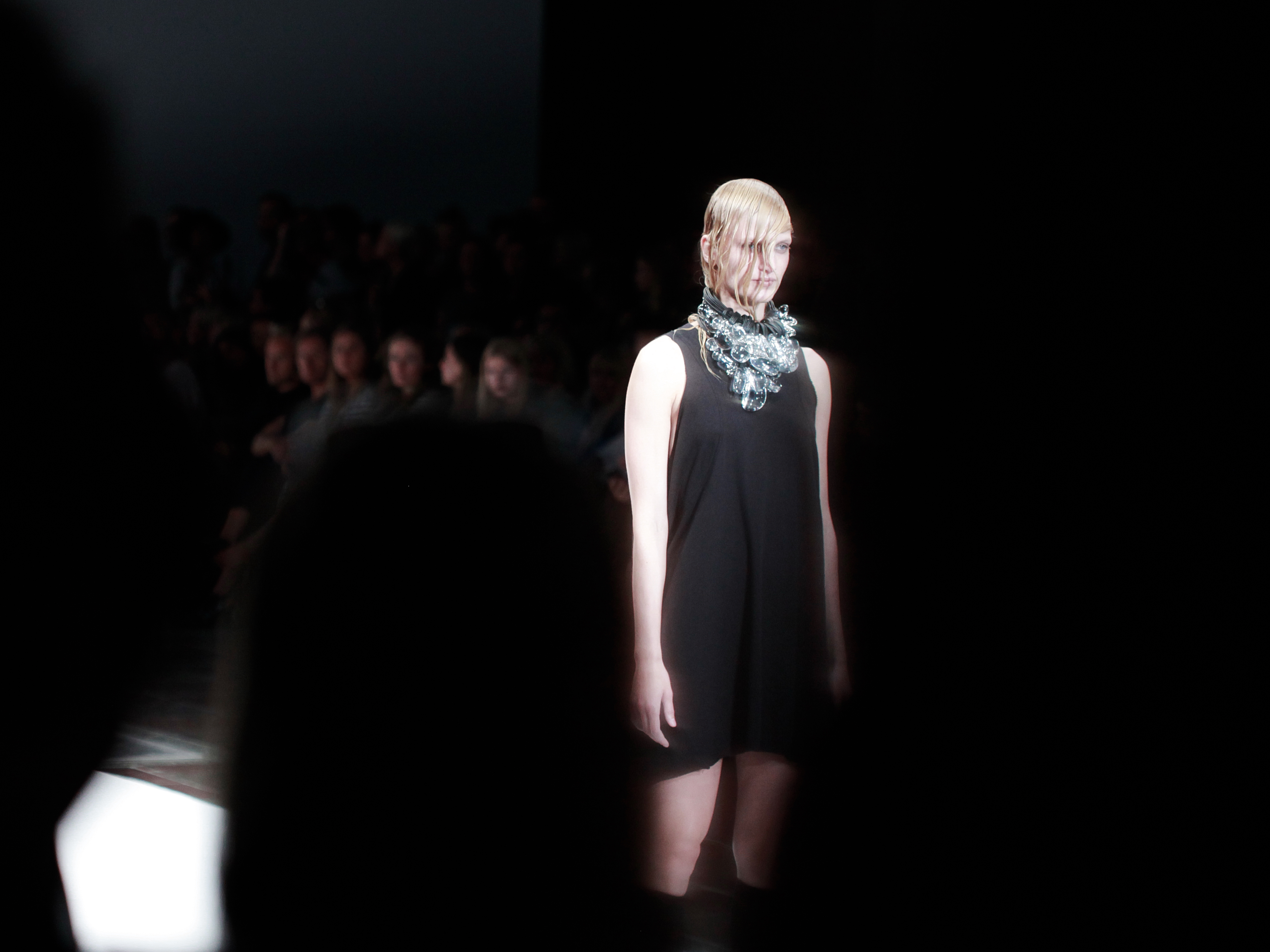 With a feeling of being enthralled from first sight and then captured in an atmosphere of dark seduction. The Denmark-based designer with roots from the far north located Faroe Islands and a well-documented fondness for dominating shades of black and the avant-garde scene in her collections, BARBARA I GONGINI, played the part of the seductive main character, when she showed her SS16 collection, during this fashion week.

Known for her understated yet innovative collections and aims to contribute to local and global responsibility by pushing the boundaries of ethical fashion, BARBARA I GONGONI has not only pushed the boundaries of ethical fashion, she has created a dark an seductive universe where her roots from the far north located Faroe Island always plays it’s part, in one way or another and the androgynous look of our time, more or less occupies the main character of the collection.

In this collection the roots from the far north, where represented in an inspiration from: “A black sun, with glassy rays scavenging these rugged lands, piercing rocks, before they break upon the pounding seas”.

The androgynous look or just connecting the masculine and feminine sides, moving the feminine over to the masculine and vice versa – or this play with the genders, had more or less always played a leading or dominating part in BARBARA I GONGINI’s collections since the very beginning, were still a conspicuous part of this collection.

And thereby the border between the genders, are once again erased and we are talking about an androgynous atmosphere, where feminine lines or pieces are playing a part in mens wear and conversely.

Showed in the coats, the long vests and the long shirts or long pieces. A collection that also, reflected BARBARA I GONGINI’s signature of black shades, combined with shades of grey and white.

Represented in an either oversized or tight silhouette, with a dominating avant-garde look – through-out more or less the entire collection and together with asymmetric or at times geometric lines, that graced coats as well as long shirts and long cardigans. Showing her usual choose of material as leather, cotton, linen and velours, often allied with the collection’s recurring layer upon layer effect, as the eternal dominating part, to perfection.

However, this collection, had a lot of new and astonishing looks, with denim form top to toe – maintained in grey washed denim and sailor-stripes in almost every imaginable version in the end of her collection. With stripes dominating the entire look. From top to bottom, side to side and vertical VS horizontal in one and the same look, the stripes somehow played on the border of BARBARA I GONGINI’S well-known dark universe and the causal seasonal-inspirered Pyjama-look. However at one and the same time the collection also featured classic and simple creations, combed with more avant-garde pieces.

The fashion designer BARBARA I GONINI is already known for her true abilities in seduction and this time was no exception! Allied with dominant notes of something so sexy and feminine, you wish to be seduced and have no regrets about running into sin.