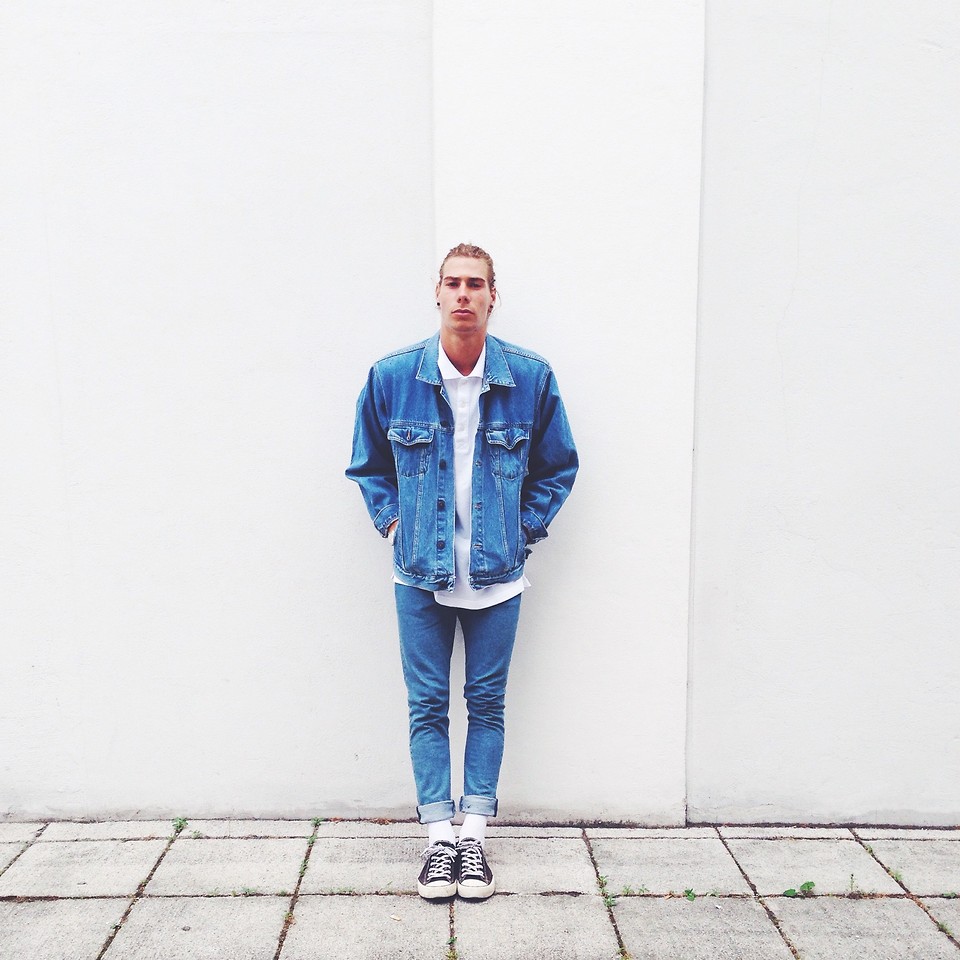 The fashion revolution of our time, that chance the view of fashion!

The eyes are still watching the silhouette and new scene of fashion appearing, on the catwalk, faithfully and the focus is more or less intact, but nothing remains as before. Before, when everyone’s eyes were set on the catwalk and the fashion designers latest collections, and never changed view – even for a second.

Like in the 1940 ‘s Paris, after the WWII and even before that, where all the fashion world individuals’ attention where drawn to the catwalk or the big fashion houses fashion shows, which often contained up to two hundred outfitts and lasted as long as two and a half hours.

Today fashion trends are no longer exclusively represented in a direct line from the catwalk to the streets. The influence of street fashion had been represented and grown from day to day in the past few years and fashion magazines as well as social media, helped it on it’s way.

As well as the Normcore phenomenon did. A phenomenon based on a androgynous look, where gender takes no part, appeared on the streets, a few seasons ago, bringing visible white tennis socks, shapeless jeans and retro sneakers recognized from the 1990’s and often linked to the group of young people from the well known zip code 90210 of that era, back to life with a dominating appearance on the fashion scene. And within time, it ended up in the fashion lexicon as well.

With the believe of this phenomenon being a mainstream trend already experienced in the 1990’s and before, where the essence was all about of being hardcore-normal dressed, blending into the crowd and realizing that you’re one in 7 billion about, the Normcore phenomenon soon became the new black and the new avant-garde – at the same time.

Even though it was far from new and already introduced more than a decade ago, by a well known science-fiction writer William Gibson, who introduced the essence of Normcore in his novel, Pattern Recognition, by painting the picture of his logo-phobic main character wearing: “A small boy’s black Fruit of the Loom T-shirt, a thin gray V-neck pullover, purchased by the half-dozen through a supplier to the New England prep schools, and a new and oversized pair of black 501’s, with every trademark carefully removed.”

But the Normcore phenomenon where more than a fashion trend. With political statements, geographical areas and questions of identity, as a part of the essence, it turned out to be a fashion revolution of our time. A revolution, that changes the fashion scene ones again, as it was changes after the WWII, the 1960’s, 1970’s, 1980’s, 1990’s, and after.

With political statements taking part in either a question related to the logo-phobic character, where all logos are carefully removed or never even been there in the first place! Geographical areas making their point in eras where a certain look, were extremely common. And an identity to anti fashion-statement, where the question of identity, could reveal the concepts of identity, norm and culture in a personal matter.

It conquered the pedestal from the well-known hipster, who is now not be one in a billion at all. In the geographic areas, local variations where the hipstermovement was so strong, the full beard, vintage denim and old-school tattoos have become a sort of Normcore – Simply because the extreme has become normal!

This phenomenon combines all the above and makes a hole new chapter in the fashion history. The logo-phobic character, the mainstream-culture of the 90’s and the version of our time, with depth and aesthetics, where geographic areas, political statements and even sustainability can be a part of it. The revolution had begun and the fashion and Normcore scene are now one and the same, and the essence of it all is to realize that you are one in a billion or more, and blending into the crowd.

Embracing straight leg jeans, that remind you of the and 1990’s cult-group from the 90210 zipcode. White visible tennis socks, sportswear from the 1980’s/1990’s and white classic sneakers from Adidas, as often seen key items.

Of course that is the stereo type, but that is the first, and after concurring that, you can take it a step further and combine colours, with and without a logo. The Normcore phenomenon of our time is writing history right now and is a part of the fashion scene.

You decide if you are the logo phobic normcore, one in 7 billion or a part of a fashion revolution of our time!