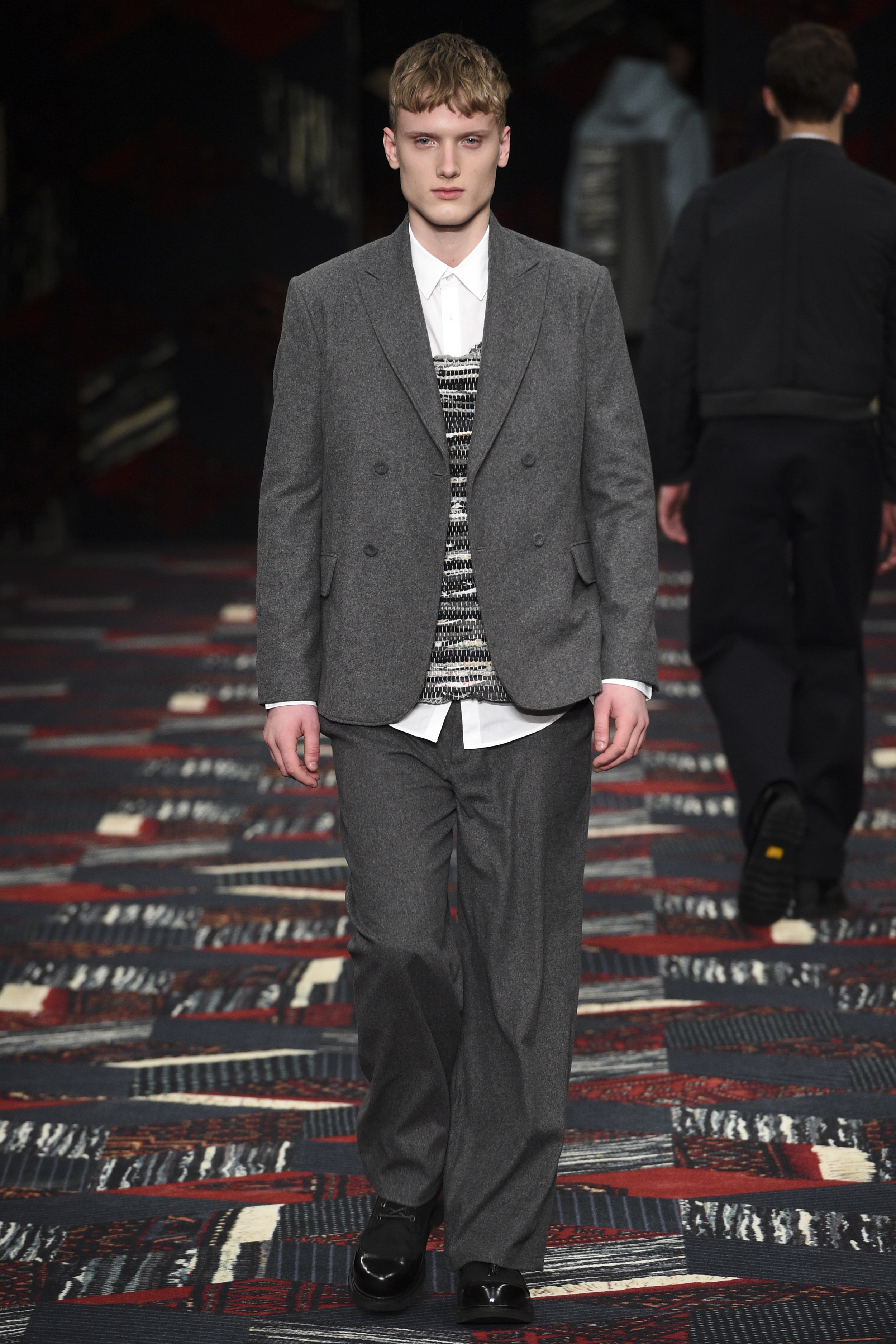 The Scandinavian menswear brand TONSURE, founded in 2013, with the designer Malte Flagsted, a former Maison Martin Margiela designer, as the man behind. Known for clear lines and recurring appearance of Scandinavian Minimalism, opened this Copenhagen Fashion Wee, with the AW16 collection.

And thereby received the most prestigious stamp of approval, that you can receive as an upcoming designer in the danish fashion scene.

This time, there where no teddybear during the debut show at Copenhagen Fashion Week, but every line was as minimalistic and had the scandinavian lines to the end as the previous AW collection.

Opening with a carpeted-theme, with a carpet-covered catwalk, that soon transferred into the collection, on more than one occasion.

Adding a refined and kind avant-garde touch to the classic menswear-lines, with a fundamental Scandinavian Minimalism, as the dominating part, where the lines of classic pants, shirts, blazers and coats, where unavoidable.
Showed with minimalistic and recognizable stribes honoring the scandinavian minimalism as well.

Combined with several shades of classic and minimalistic menswear shades and one spectacular orange. Versatile prints, that could be inspired by a carpet or a Persian pattern, continuing throughout the entire collection, where hats, shirt and coats often represented a recurring print.